Tim Unsworth set up Norwich-based Unsworth Architects in 2018. Specialising in listed building extensions and conversions, Tim works alongside a team of freelance architects and technicians and has recently made the switch to using Archicad.

Unsworth Architects on making the switch

Tim explained that he had been using Autodesk software – namely Revit and Autocad. Prior to setting up Unsworth Architects three years ago, he was employed in a bigger practice using Autodesk, so he continued using the software.

A technician that Tim works with uses Archicad. He complimented its usability and suggested to give it a try.

“In particular – we work with a lot of listed buildings and regularly use point cloud surveys. We need the accuracy of a scanned point cloud – it’s invaluable to our work.

To have access to the functionality that reads point clouds within Revit – it is much more expensive. Whereas with Archicad – that functionality is included – even in the Solo version that is suitable for smaller practices.

Tim mentioned that he had used Archicad many years ago at university, but until last year, he hadn’t used it since.

“Since starting out using Archicad now, in general, I’ve found it very good. There have been a few things that have been a bit challenging. I was used to doing something in a certain way using Revit or Autocad and have had to learn a different process and the nuances of new software.”

However, when coming upon a problem, Tim explains he has been able to use YouTube and Google to quickly find the answers from the wider Archicad community. He goes on to say that the team at Applecore Designs have also been very helpful in answering queries.

The practice are using Archicad for eight different projects currently.

“One of the projects we’re working is a one-off house, a Paragraph 79 ‘grand design’ where we’re building a new house amongst historic ruins. We’re using Archicad for the technical design. 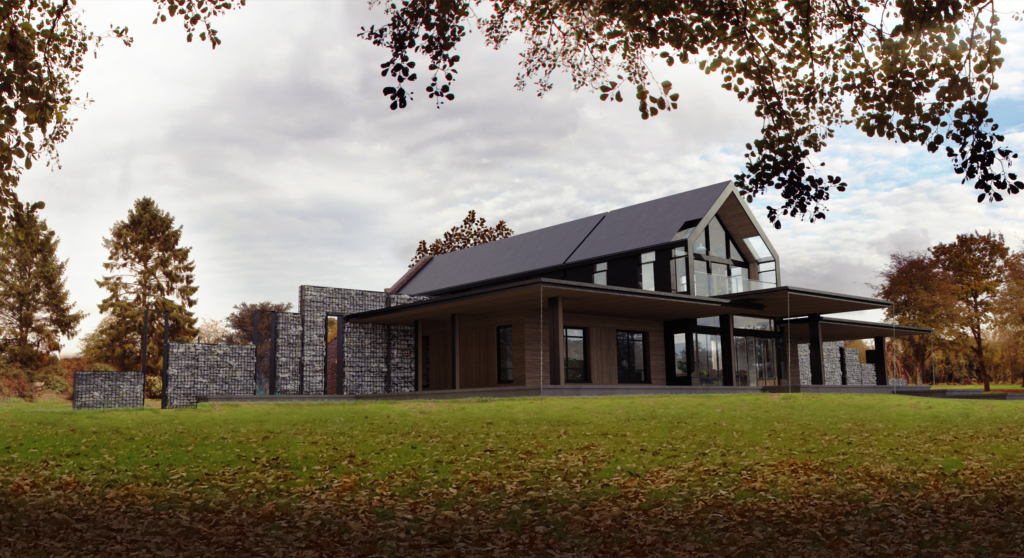 In addition, we have a selection of other house renovations and extensions in progress. These include two Victorian properties that we have recently completed point cloud scans for. Although they are not listed, we still prefer to scan them and then we can model directly to the point cloud.”

“Firstly, the ability to import point cloud surveys directly into Archicad is invaluable for what we do.”

“BIM in general is also useful. When we’re working on a plan – Archicad will automatically update sections and elevations. Many smaller practices tend to shy away from BIM and think it’s not for them. But in my opinion, BIM is useful for smaller practices too.

BIMx is also great. We’ve just started to explore BIMx over the last month or so and are using it to share plans with clients. With the help of BIMx, customers who are not used to reading plans can easily visualise what we’re trying to explain.”

The practice also use Cinema 4D from Nemetschek for another part of the business. Tim explains that it is great to be able to bring the renders directly into Archicad and it is a nice connection which is useful to the business.

“Archicad has already made a difference [to the practice]. Now that I’ve made the switch, I will stick with using Archicad now. I’ve already cancelled my Revit license – and plan to cancel my Autocad license later in the year.”

The education support from Graphisoft has been excellent, says Tim.

Graphisoft had made ‘Graphisoft Learn’ freely available to those who were part of Graphisoft’s Furlough Your Software Costs programme. Graphisoft Learn offered free self-paced training videos for Archicad users to train at a speed comfortable for them.

Tim mentioned that Graphisoft provided a good set of tutorials and a structured process which makes sense. He explained that the tutorials quickly take you from a position where you don’t know anything – through to sorting out layers and materials. It means that new Archicad users can progress very rapidly.

This level of customer support is another part of Tim’s reason for switching to Archicad.