For a small studio like Scenario Architecture, it’s difficult to compete on the same level as their larger counterparts but using model-based technology to its full potential and engaging in the BIM process goes a long way towards closing the gap.

Why should small studios adopt model based design and BIM?

For SMEs, there are several good reasons to adopt BIM studios in designing and managing projects, including:

Scenario Architecture was established in 2007 by Architectural Association Alumni Maya Carni and Ran Ankory. The studio works mainly in the high end residential sector, focusing on creating homes that are beautiful, functional, and ideally suited to each client. 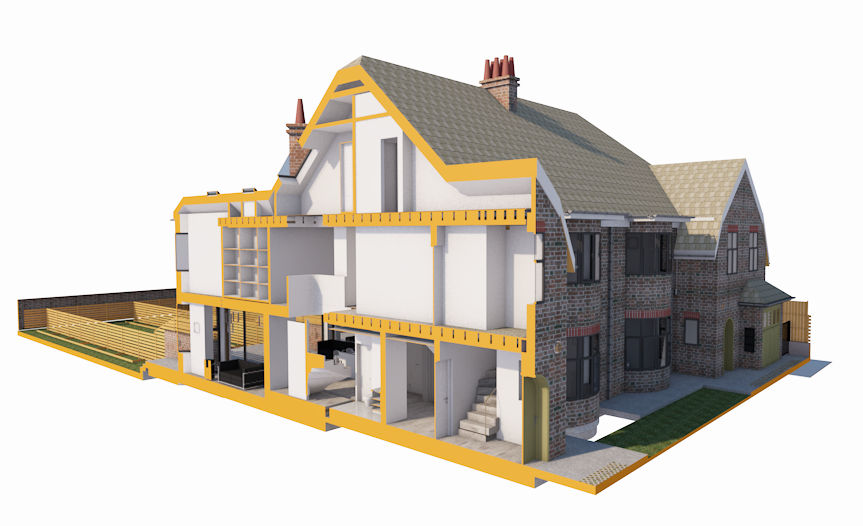 Scenario owes its success in part to its focus on establishing close client relationships.

“a uniquely collaborative process which involves a thorough understanding of our client’s requirements and aspirations and the unique way in which they would like to interact with their home.”

Another vital aspect of the studio’s success has been its willingness to adopt new technology as a means of enhancing the way that projects are planned and executed. From the studio’s beginning, advanced 3D modelling applications have been an integral part of the design process, as well as a convenient way to visualise proposals for clients.

“We always believed that accurate and realistic 3D representation of any scheme we worked on is a key element in our ability to have a meaningful and productive discussion with our clients who are normally not used to reading plans, sections and elevations.”

Scenario’s initial success with 3D modelling came with the use of Autodesk Maya; however, the team found that the software had some shortcomings. For Scenario’s purposes, Maya facilitating fluid design, renderings and fly-through animations, but was less than efficient when it came to creating documentation which was always tricky and laborious.

“Based on 2D and sometimes hand drawn schemes by structural and building services engineers, we model in detail these elements and coordinating into our architectural schemes.”

The original two-person studio had hired on two more employees and the team of four were tackling up to eight residential projects at any given time. One of those new employees Greek Architect Fanis Anastasiadis suggested adopting BIM processes via the use of Archicad. 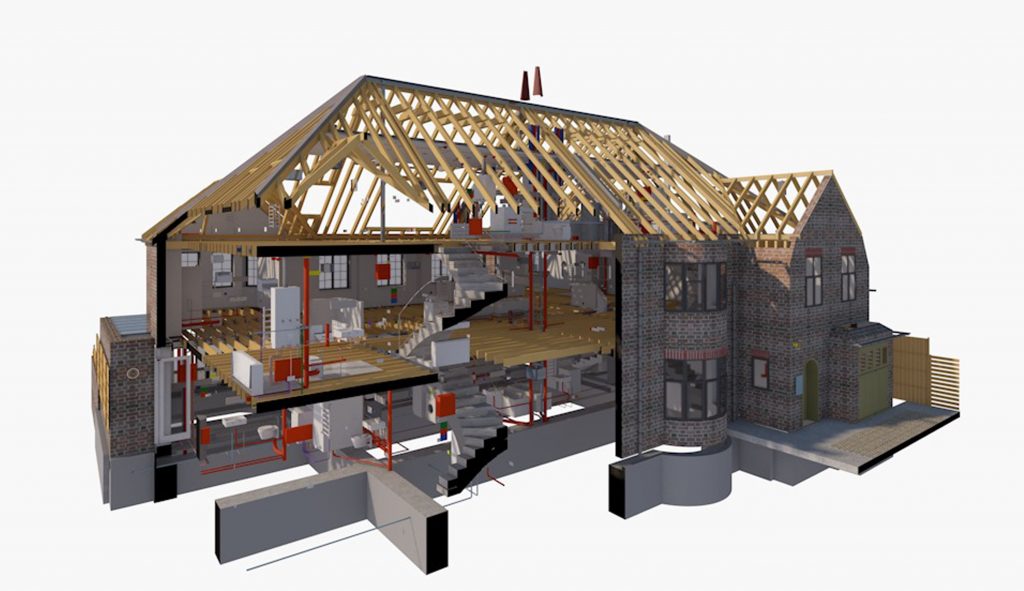 For Partners Maya Carni and Ran Ankory there was initially some hesitation due to the potential learning curve and migration to a new design tool.

Fanis put those concerns to rest after demonstrating the ease and speed in which a project could be developed in Archicad by completing an entire project within a single weekend. Before long, Scenario had purchased their first perpetual licences of Archicad Teamwork with MEP at a special migratory rate. Despite initially planning a gradual transition from Maya, within just a few months the team had migrated all its existing projects to Archicad.

“The preconception which is still widespread today and obviously was at the time was that BIM is suitable for large studios and large projects and simply “not worth it” for small projects. Today having completed numerous small projects solely using Archicad in the BIM process we could not agree less with this perception”.

As it comes ‘fresh out of the box’, Archicad is obviously ready to go with a UK template and fully parametric objects. However, customising the software can really improve productivity and use the software to its full potential.

Questions like who should be able to see what type of information and at which point of the process? What views of the model are required? What format and style for documentation? How do we communicate our design intent with the client?

For Scenario, one of the primary challenges in using Archicad has been that the software is so highly versatile. This may seem counterintuitive, as it’s precisely that versatility that is one of Archicad’s biggest strengths. Archicad’s versatility means that on large scale projects, the software environment can be heavily customised to help the project proceed more smoothly and facilitate collaboration.

“While this inherent flexibility is great for larger projects in which there would normally be sufficient time and resources allocated for this important setup process, for smaller teams and projects this advantage needs to be considered”

For Scenario, the solution came gradually, with time, use, and familiarity with Archicad., The team customised and optimised their Archicad template to better fit with their needs. Over time, with the use of favourites, pen-sets, output styles and other Archicad features, the process of setting up a new project was streamlined to minimise the amount of setup time required. 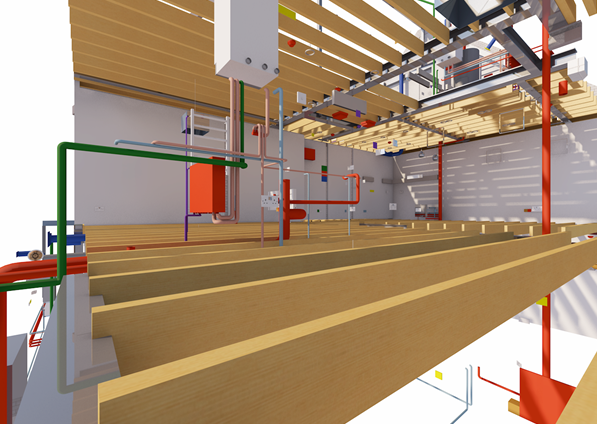 Using Archicad to its full potential

Although a residential project will typically contain a relatively simple structural and building services systems, with the budgetary and time frame limitations they always face, it is very important that they work off a single coordinated and updated model. Archicad’s proven Virtual Building™ concept offers Scenario workflows for projects of any size. Using Archicad to its full potential high-end presentation tools help them to communicate their design intent, especially to clients.

“To communicate our ideas effectively, we use innovative 3D design and visualisation tools as a standard on all projects including real-time realistic visualisations – we send cardboard headsets and links to the 3D model for clients to use with mobile phones”

Today, Archicad is fully and seamlessly integrated into their standard workflow and Scenario use it extensively from inception to completion. A short clip illustrating this integration can be found on their website.