Scenario Architecture has started their second decade specialising in the high end residential sector, focusing on creating homes that are beautiful, functional, and ideally suited to each client.

During the past decade Scenario Architecture design studio was constantly adopting and optimising BIM processes, usually deployed on large projects by larger studios, to work smoothly and effectively within their small-medium company, applied to the typical highly bespoke residential projects.

“The Partners, Maya Carni and Ran Ankory had purchased a Victorian terraced house to completely renovate, extend and adapt it to the scenarios of their own family”.

Working on the Director’s own house was an opportunity to fully utilise ARCHICAD, Scenario Architecture’s BIM tool of choice and test the extent to which a BIM collaboration can be effective when applied to a single residential renovation and extension project.

The term BIM is often used simply as a buzz word, a new synonym to “cutting edge” or a way of saying “we are not behind on current trends”, unfortunately sometimes without much actual implementation in practice. Alternatively, the term is used to describe an ideal, futuristic, completely unified and possibly unattainable construction process.

To make BIM useful and applicable to Scenario, their collaborators and their clients, they are as distant as possible from both definitions above, as well as from the whole BIM levels discussion which, as important as it may be, they find mostly irrelevant in practical terms, certainly for a studio of their scale.

For Scenario, at least for now, a successful BIM collaboration, simply means that, to the possible extent, the entire project team is working from a single, coordinated and frequently updated 3D model from which all project data, drawings and specifications are obtained. 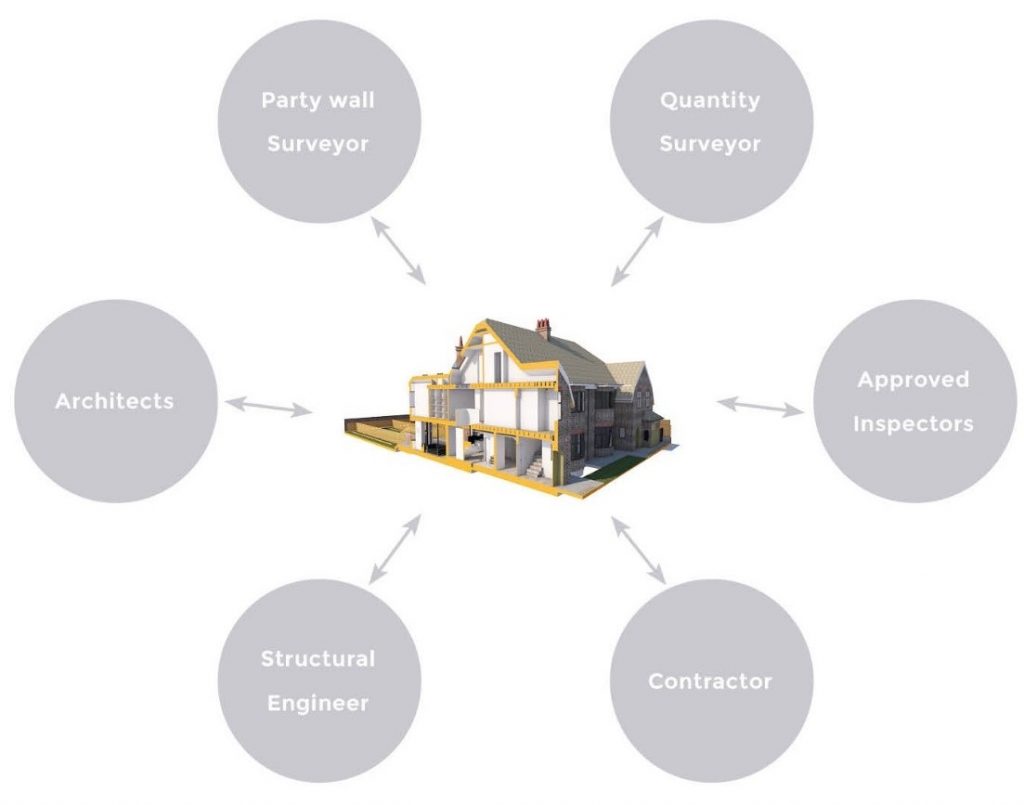 Some consultants Scenario collaborate with are already working fully within their models and on their server. Others use different BIM or even no BIM 3D applications which require translations and reformatting. Some (mainly contractors, planners and Approved inspectors) still simply enjoy the higher quality standard 2D outputs from our BIM models, and the clear 3D illustrations they create for them. Far from ideal, or perfect, this down to earth approach simply works well in studios as it enables Scenario to use BIM as an ever-evolving process.

The idea is that from project to project Scenario continue to improve, find more consultants who are on board with the process, and demonstrate the benefits to everyone else involved, including clients and contractors.

This approach allows Scenario to use each project as a new testing ground to push the boundaries and increase the overall efficiency of the process.

The main design challenge presented by this project was to physically and visually connect the front part of the house with the basement below while producing an open plan spatial sequence encompassing living, dining and kitchen.

This challenge was brought onto ARCHICAD in the form of an accurate BIM model of the existing building, local context and correct orientation.

It was then solved fully within the 3D environment by creating a split-level double reception, connected to the kitchen and garden beyond via an angled glazed roof light and a ‘floating’ library feature that leads up to the bedroom floors.

ARCHICAD successfully simulates the actual physical building and integrates information for all elements of the design. Views, plans and sections are created automatically and updated with every change to the model.

“We always believed that accurate and realistic 3D representation of any scheme we worked on is a key element in our ability to have a meaningful and productive discussion with our clients who are normally not used to reading plans, sections and elevations.”

Working within a virtual yet accurate representation of reality naturally increases the level of complexity in the design geometry which Scenario can easily deal with. In this project it helped Scenario to come up with and design a split-level open double reception, connected to the kitchen and garden floor by an angled glazed roof extension and a ‘floating’ library feature leading up to the bedroom floors.

Optional solutions were continually tested in view to utilise every square inch of the house and fulfil the brief, these included for example usage of “left over” spaces under the stairs, in the eves, in hallways and limited height areas.

These spaces are often overlooked in traditional 2D design and are much easier to spot and resolve in the realistic 3D environment ARCHICAD provides.

One such space was the relatively low ceiling height area resulted by the lowering of part of the reception above. This presented an opportunity for a fun and practical kids area. A storage unit under the stairs complete with a pull-out table and bench invites the kids to spend time playing, doing their homework and artwork in a designated but connected part of the home.

“Our children took a central part in developing both the brief and the design of their own bedroom”.

In terms of BIM collaboration, early concept models where exchanged with the project’s structural engineers who in turn implemented rough 3D representations of their proposed structural solutions. This type of fast and clear iterative process taking place entirely within the BIM model became their preferred method to seamlessly integrate structural and architectural aspects of the project.

In terms of building services, due to the relatively simple systems implemented, M&E engineers where not appointed, and their technical team produced all the information needed in house.

Scenario used this opportunity to test ARCHICAD’s MEP modeler themselves, which proved very helpful in plotting an outline mechanical and electrical scheme and resolve clashes with the Architectural and Structural schemes.

As a studio, Scenario always seeks to make full use of latest technologies to help their design processes but also communicate effectively to clients, planners and contractors. Two such technologies which in the longer term Scenario believe have the potential to completely revolutionise their design intent are Real Time realistic visualisations and Virtual Reality.

Both technologies are normally used in the context of architecture purely as top-end visualisation tools, to communicate finished design mainly to clients. As impressive as such immersive presentations may be, Scenario always felt that creating a highly time consuming and expensive, polished representation, typically of one or two spaces is not much more than a gimmick. 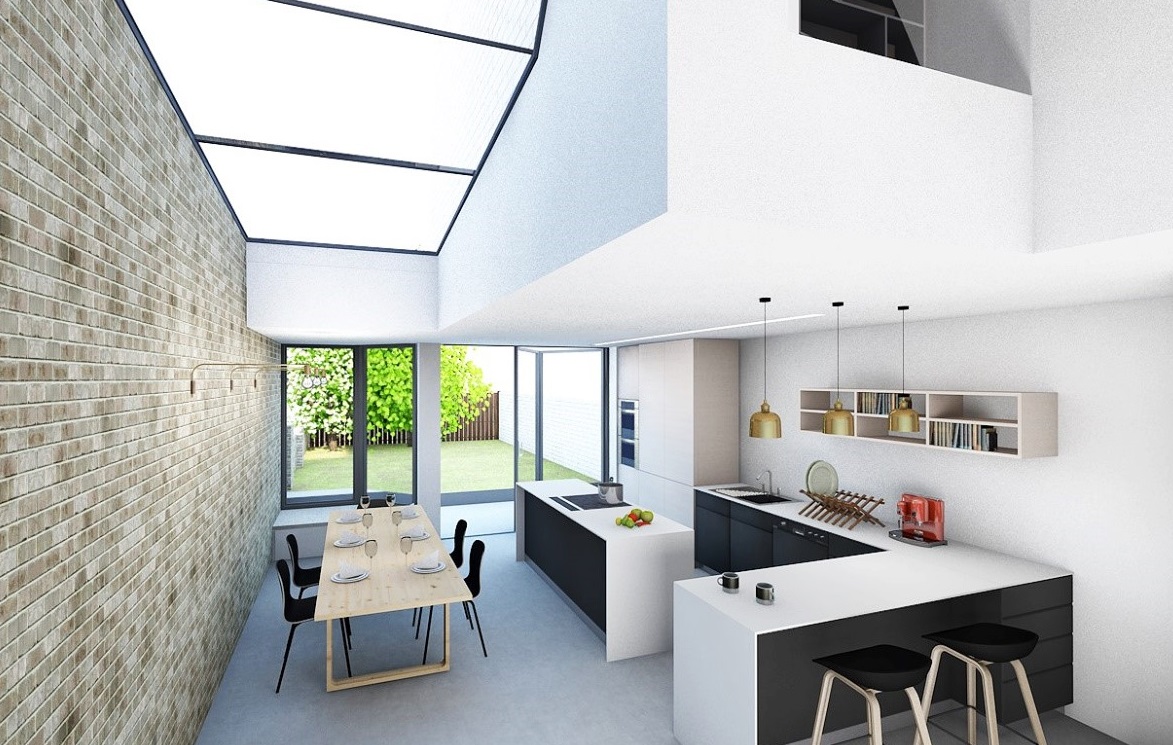 Their approach to the implementation of these technologies is the same as the BIM implementation mentioned above with Scenario constantly looking for applicable, practical usage which can be incorporated effectively into their process here and now.

Scenario started to experiment with Twinmotion and soon found out that the ability to use the live connection to ARCHICAD models makes all the difference. Without having to constantly import, export and deal with translation issues Scenario can relatively quickly create convincing, semi realistic real time models which their clients simply love exploring with the team as it gives them readily available yet unprecedent access to a realistic representation of their project.

A rather unexpected usage of this technology was that Scenario intuitively started to use it themselves as an invaluable design tool. It helps Scenario to quickly consider the look, feel and light conditions implications of different general layout options in the initial design stage and compare various material finishes at detail design stage.

In addition to Real Time Rendering and infact even before, Scenario started to experiment with simple Virtual Reality application as another avenue to take visualisations to another level. Much like the realistic fly throughs mentioned earlier, Virtual Reality is normally used to create expensive and highly polished end results representations, which we always found of limited value.

Scenario always felt that even at relatively low resolution a real time VR experience which does not require time consuming and expensive setup can be an amazing way to explore even early volumetric design and most certainly schemes at detail design stage.

“The ability to export VR enabled ARCHICAD models to BIMx provided Scenario with the perfect platform to easily and quickly start experimenting with potential integration of Virtual Reality into our design process”.

Scenario soon found out that although basic in terms of texture quality, resolution and lighting, the abilities to produce these basic VR representations of the design on the fly is invaluable. 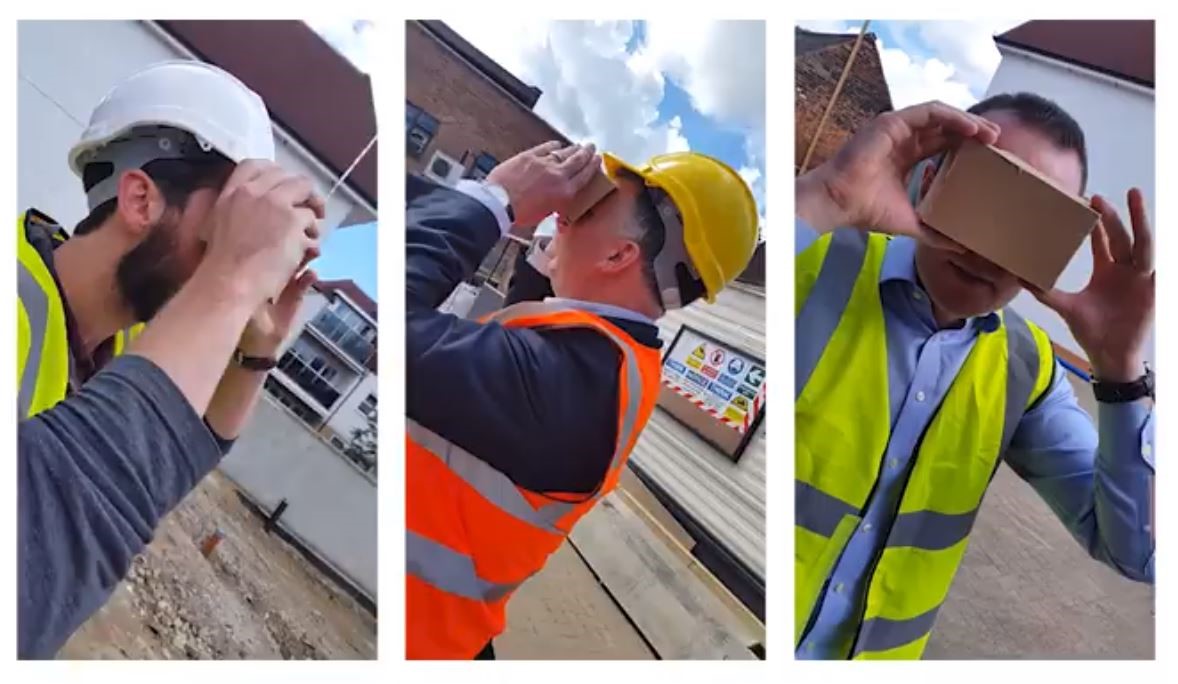 Scenario soon started to offer this as a standard and provide their clients with complementary simple VR headsets and links to download the application and model, slide their smart phones in, and begin to explore the model.

“This simple and real time approach allows our clients to see exactly how the design develops, check how the proposed scheme will fit within the existing physical space, and most importantly effectively provide their comments”.

Another interesting application of VR which Scenario just started to experiment with, is to use it to better explain the scheme to contractors and their supply chain. Scenario find that even small contractors enjoy and appreciate the ability to explore BIMx models on their Tablets or Smartphones, and often use it during site meetings to explain, their questions, thoughts or proposed solutions. They recently started to extend it to VR as well, and the feedback so far is extremely positive.

Ninety three projects were shortlisted out of two hundred and eight entries for the 2018 RIBA London Awards including Scenario House. The project will  be visited by one of five London juries and winners will be announced at the award ceremony on Tuesday 15 May at the RIBA headquarters at 66 Portland Place, London.