In March 2018 the Women in Architecture awards were announced with The Architectural Review and The Architects’ Journal naming Sandra Barclay Architect of the Year for 2018.

Barclay has earned this prestigious award for her work on Peru’s Museo de Sitio de Paracas by Barclay & Crousse. Also of note this year, newcomer Gloria Cabral has been awarded the Moira Gemmill Prize for Emerging Architecture.

Women in Architecture – Architect of the Year

The Women in Architecture awards are sponsored by The Architectural Review and The Architects’ Journal. In the seven years since the awards were introduced, some truly outstanding talents have been honoured as Architect of the Year, including Mexico’s Gabriela Carrillo (2017), and the USA’s Jeanne Gang (2016).

This year’s winner was Sandra Barclay from Lima, Peru, but has studied and worked all over the world, and had already earned several awards before being named Architect of the Year. After gaining her undergraduate degree in Peru, she studied in France at the Ecole d’Architecture de Paris-Belleville, where she won the Robert Camelot Prize for Best Architectural Thesis in 1993.

ARCHICAD users Barclay & Crousse, was founded in 1994 in association with another Peruvian architect, Jean Pierre Crousse. The partnership itself has won a number of awards including the first Oscar Niemeyer Prize, several international Biennales and the 2013 Latin America Prize. In addition, Barclay & Crousse won the prestigious Peruvian Architecture National Prize in 2014.

Sandra Barclay’s award-winning design is the Museo de Sitio de Paracas, a 1,170 square metre archaeological museum. The new museum was commissioned after the original was destroyed in an earthquake in 2007. The harsh desert environment in which the museum sits presented challenges that are rare in architectural design, but Barclay & Crousse rose to that challenge to produce a stunning, yet simple design.

“The Architects responded to the lack of context with a design that is both robust and simple, yet powerful and even its man-made imperfection adds value to the building.”

One of the major design objectives for Barclay was to develop a design that would blend into the surroundings, rather than wrestle with them. This presented a major challenge due to the stark, featureless, flat desert land where the museum itself is the only structure. The clean and simple lines of the new museum work perfectly within this landscape. They contrast without clashing and the building blends with the environment but does not fade into the background.

The judges comment that the building’s strength and simplicity are particularly note-worthy, especially within the challenging environment for which the building was designed. Despite having limited resources and limited on-site control, the architects produced a design that is “robust and simple, yet powerful” and that “even its man-made imperfection adds value to the building”.

The Moira Gemmill Prize for Emerging Architecture is awarded each year to a woman architect under the age of 45. The prize, also given jointly by Architects’ Journal and Architectural Review, includes £10,000 to support the 35 year-old architect’s professional development. 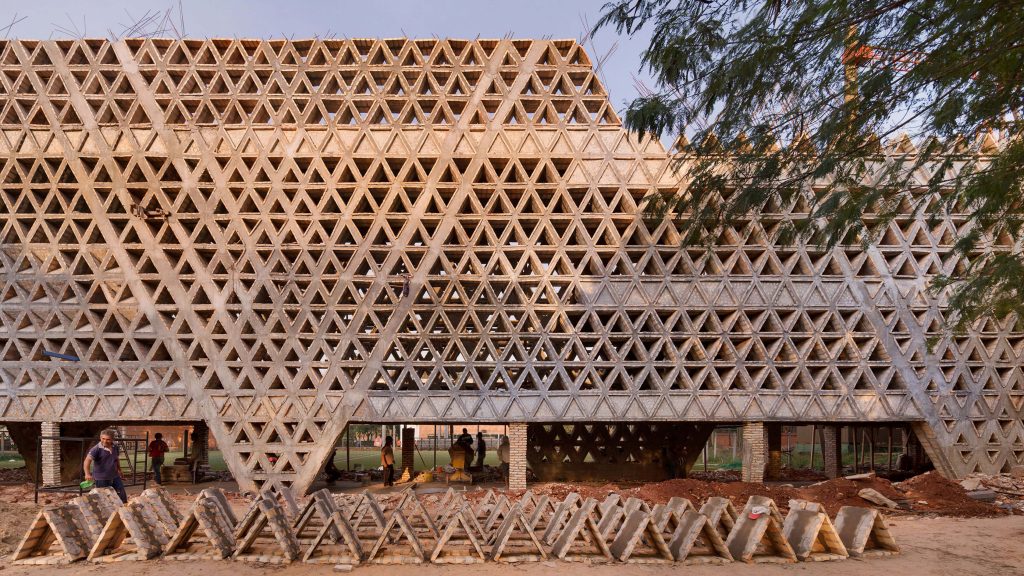 Rather than awarding the prize based on a single project, as with the Architect of the Year award, the Moira Gemmil Prize is awarded to a woman whose portfolio exhibits excellence in design and indicates a strong future in the industry. Previous winners of the Moira Gemmill Prize include Mexican architects Rozana Montiel (2017) and Gabriela Etchegaray (2016).

This year the award was presented to another South American woman, Gloria Cabral of the Gabinete de Architectura in Paraguay. In awarding Gloria Cabral, the Moira Gemmel prize, the judges commented on Cabral’s “sensitive appreciation of the life and use of the buildings she designs”, as well as her passion for and commitment to the architecture industry.

“The design was commendable not just for its stunning visual effect, but also for “harnessing simple materials, structural ingenuity, and unskilled labour to bring architecture to under served communities.” 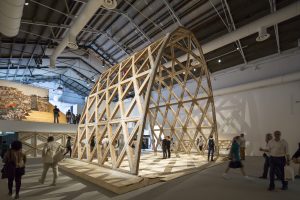 One excellent example of this talent is an award-winning exhibit designed by Cabral and Solanito Benitez for the 2016 Venice Biennale. Cabral and Benitez created a graceful arch constructed of simple Paraguayan brick and were awarded the Golden Lion for Best Participant.

Cabral’s ability to source humble design materials and elevate them by using them in inventive ways is captivating. Her interest in such materials is also praised for its ability to bring architecture to poor or rural regions where inventive or ambitious construction projects are not often located.