Unmanned aerial vehicles, or drones, are flying vehicles that are typically operated via remote control. Thanks to the ability to equip these small but sturdy vehicles with a wide range of equipment, drones have become of interest not just to hobbyists, but to professionals within many industries, including design and construction.

How are Drones Used in Architecture and Construction?

The average drone is relatively small and light, and even those large and sturdy enough to carry cameras and other equipment are still fairly compact. That, and of course their flying ability, makes them perfect for conducting surveys on buildings that are either difficult to get to on foot, or which present a risk to health and safety. 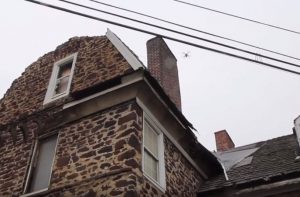 Restoration projects and work on renovation projects use drones equipped with cameras to safely view the damaged and hard to reach places of buildings during assessment.

And then there’s the start-up Identified Technologies, which maps and manages large-scale construction projects using self-flying drones. With its drones, the company can complete within minutes a mapping project that would take a month or more using physical labour. And the use of drones doesn’t just get the job done faster—it also drastically reduces the risk of mapping errors.

An accurate architectural visualisation is an essential part of any building project. Visualisations are important because they’re the most succinct and most accurate way for others to see a proposed building design. Camera-equipped drones can help with this too: they’re ideal for obtaining highly accurate aerial footage of a proposed project location, which can then be used as a base for integrating an architectural rendering of the project.

A similar technique can also be used to great effect for showcasing construction progress and as built designs. One excellent example of this kind of use is ‘Ripple Retreat’ a purpose-built sanctuary for children affected by cancer. Winner of ARCHICAD Project of the Year Award in 2015, Architects Kettle Collective used drones to capture the stunning waterside location. Featuring a rippling roof form, reflecting the undulating surface of the loch their drone footage showcases the design with beautiful views across the calming water to the surrounding hills.

Drones could potentially be used for so much more than surveying terrain and visualising designs: there’s also the possibility that drones could one day ferry building materials around construction sites, and even placing them. This exciting potential is shown in a collaborative project by roboticist Raffaello D’Andrea, Swiss architects Gramazio & Kohler, and the Federal Institute of Technology Zurich. Completed in France in 2012, the project involved the placement of 1,500 foam bricks to create a 20 foot (6 metre) tower. The project was carried out entirely by drones, and without human interaction.

What to Consider When Using Drones for Architectural Purposes

Once you’ve decided to try using a drone, the next decision to make is whether to operate the vehicle yourself, or hire someone to do it for you.

Hiring a drone operator can be a good choice because it means you have access to an experienced flyer and you don’t have to shell out hundreds of pounds for a professional drone. In addition, there are a number of rules and regulations exist for drone operators to be aware of and follow when operating their craft.

These include the following:

New drone rules of operation have also been proposed with the intent to make drone use safer and more secure. Once these laws go into effect, all drone owners will have to complete and pass a drone safety and awareness course to prove their understanding of UK drone regulations. In addition, the Department for Transport plans to extend geofencing—the use of pre-programmed no-fly areas—to include airports, prisons, and other high-risk areas.

If you are considering hiring a drone operator for surveying, visualisation or showcasing a design we can help you. Our drone operator is approved by the CAA to carry out commercial drone operation offering aerial photography as well as video.

JOIN OUR EVER INCREASING USER BASE
We share best practice architectural workflows. Sign up to our coreNEWS e-newsletter for information on model based design, BIM, events and training.