The following projects have been shortlisted for the Applecore Designs Sustainable Project Award with the winner being announced on 19 March 2020. 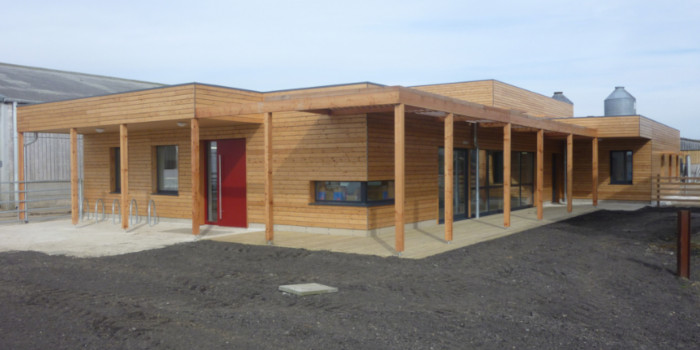 The Rural Regeneration Centre, part of Hadlow College, was designed and built by Eurobuild in 2009-2010 and was the first certified PassivHaus building in the education sector in the UK. Built for less than the standard cost, it costs the client less than £14 per month on average for heat energy and performs to the PassivHaus standard (as designed) when the building is operated by the users with commissioned settings.

Artificial lighting is barely used due to the effective daylighting design strategy. Constructed in a factory off-site, the building was erected on-site in less than three days, and airtight (0.34h-1) to PassivHaus standards in under 10 days, saving a six week construction period over a standard build and further reducing waste and emissions. 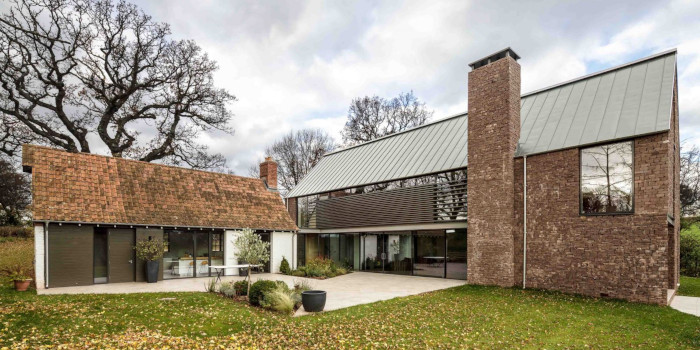 Silver How is one of seven buildings in Wales to be shortlisted for the 2019 RIBA Awards. Named after a Cumbrian peak, Silver How is a new 400sqm family home in Monmouthshire replacing its dilapidated 1970’s predecessor. The design introduces a contemporary stone and glass house and repurposes an Arts & Crafts period stable, creating a generous kitchen space that links to a substantial main block of family accommodation built in local red sandstone. 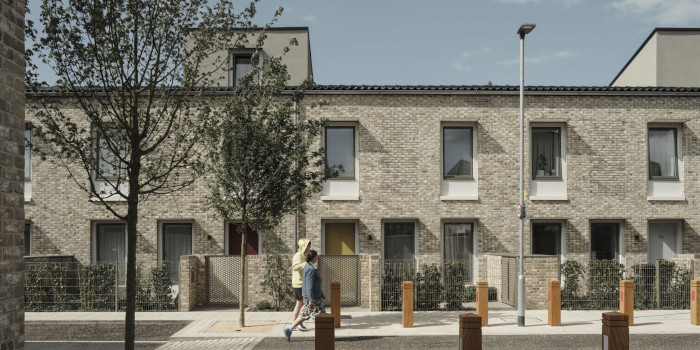 The design seeks to re-introduce streets and houses in an area of the city which is otherwise dominated by 20th century blocks of flats. Existing green links are to be reinforced with a landscape scheme which extends beyond the boundaries of the site to include local roads and a park. Street widths are intentionally narrow at 14m, emulating the 19th Century model. Parking is on street and a 20mph speed limit is to be applied. Each flat has a front door onto the street, with its own staircase and lobby at street level.

The houses are mostly two storey, with the occasional dormer to provide a third bedroom, with most of the principal rooms facing south. This is a Low Carbon scheme and on target to achieve full ‘Passivhaus’ certification, which would be the largest social housing scheme in the UK to achieve Passivhaus. The design seeks to provide sunny, light filled homes with very low fuel bills of approximately £150 per year. 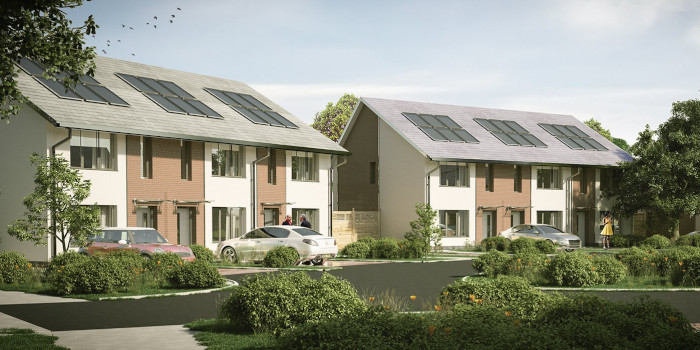 The multi award-winning Saffron Heath in Leicester is the UK’s largest affordable Passivhaus scheme, regenerating a former allotment site into a £7m eco-home community. All the 68 homes are outstandingly sustainable, featuring high levels of insulation, controlled ventilation and increased glazing, and to connect with the surrounding environment, the design includes a permaculture farm, flower meadow and open green space. The winner of several national awards and media coverage, Saffron Heath was cited by the Passivhaus Trust and Sustainable Cities Collective as an exemplar scheme.

The judges will award out of all the individual category winners, the Sustainable Project submission they feel best represents excellence and best practice during the past two decades. They will be looking for: challenges solved with use of model based design; complexity of geometry; uniqueness of the project; creativity in the project execution and most importantly the wow factor.